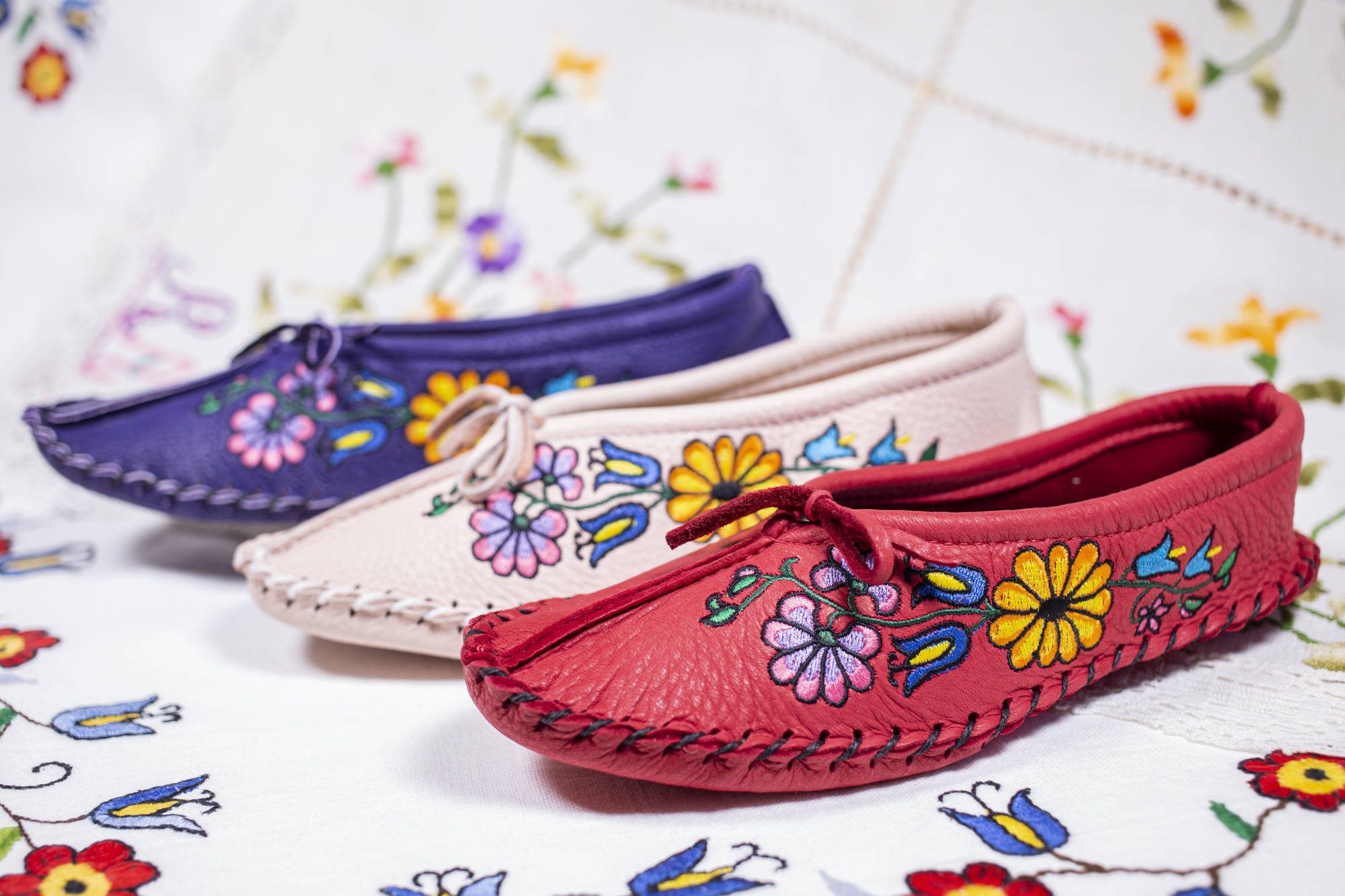 "Sometimes art designs have spirits. And it was art design that basically brought us together as work relationship partners. A spiritual meeting so to say" - Eric Parnell

Eric Parnell is a Canadian, Native Art artist. His artistic heritage as a member of the Eagle clan of British Columbia’s Haida Nation goes back many centuries. Eric describes himself as “self-taught,” saying that “books were my teachers”.

He studied the traditional Haida art forms in books on this subject, learning the formal descriptions of the shapes and subjects of paintings and carvings, and adapting and creating his own distinctive paintings within this tradition. He also began to share with other artists, absorbing their examples and suggestions, but always following his own inner vision of what he wanted to portray.

"A collaboration idea has been in my mind’s vault for some time, and meeting Eric Parnell, an extremely talented West Coast Haida Art artist was the key to that vault." - Teresa Paul

It was time for a change. Time for something new and my minds been swirling around the idea of sharing my brand in a way that would unite creativity.

A collaboration idea has been in my mind’s vault for some time, and meeting Eric Parnell, an extremely talented West Coast Haida Art artist was the key to that vault.

Being that my original creative talent stems from a paint brush, appreciating Eric’s work was easy. I absolutely love his work. His style of art easily compliments my moose hide and deerskin leather wears. It is fitting and tells the simple story of uniting different cultures together.

When Eric shared his piece entitled ‘The Eagle’ with me, I instantly knew our collaboration was meant to be.

Revealing ‘The Eagle’ has a very deep and personal meaning for me. Being of Polish descent, we turn to The Eagle as it is Poland's Coat Of Arms, our Polish Crest. I am proud that Eric and I will not only share our work together, but unite different cultures together too. In a world of diversity and cultural differences, I’m delighted to be part of this collaboration. Eric’s deep rooted Indigenous culture has gifted him with his artistic talent, respectfully, royalties are given from sales of every item.

The eagle is known as a spiritual guide and symbolizes a connection to a higher realm. The Eagle posesses strength of character, courage and healing powers. Loyalty is a strong trait in the eagle, as they mate for life.

The Haida Eagle, featured in this Elite Collection.

In some native nations, they use the eagle feather in talking circles. The feather gets past to whomever may be talking during a circle ceremony. It symbolizes respect, honor, love, humbleness, truth, natural power, strength, courage, wisdom and freedom, everything that is positive.
Eric has done a beautiful job of showcasing the Eagles face and his feather image.

We've designed a mitt that embraces artistic talent while
incorporating the features that makes wearing a Hides in Hand product memorable.

We've used the softest most luxurious premium Deerskin and Moosehide leather which has come from our local hunters and tanned at a local tannery. We have also complimented this leather with a soft natural genuine rabbit fur trim cuff.

Performs in all conditions

Our leather mitts have great dexterity even in subzero conditions and our silky soft slippers and moccasins retain body heat and are worn best with bare feet.

Detail is of the essence when it comes to our embroidery of the Eagle and the Feather. We are meticulous with precision as the artworks final presentation is flawless.

As beautiful as this Elite Collection is, we encourage you to wear and enjoy your treasures regularly. These leathers are durable, extremely functional and truly gets better with time and age.

"I am proud that Eric and I will not only share our work together, but unite different cultures together too. In a world of diversity and cultural differences, I’m delighted to be part of this collaboration." - Teresa Paul